The first test to use a particle accelerator to clean the exhaust gases of a ship took place in Riga in July 2019. The first results are encouraging. 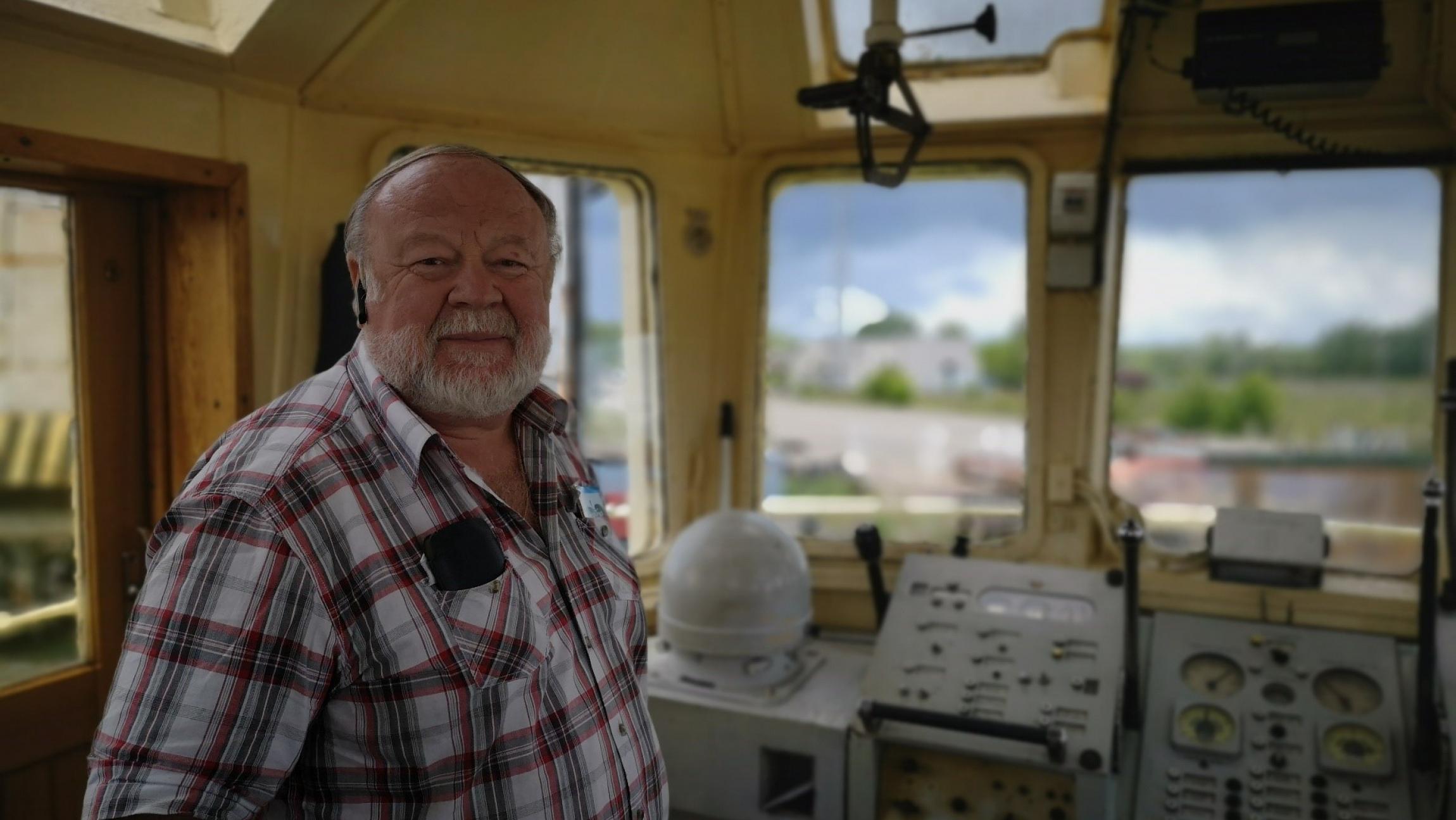 The captain of the Orkāns on the bridge. (Image: ARIES)

The captain of the Latvian tugboat Orkāns (“storm” in Latvian) could not believe his eyes when he saw a dozen physicists, engineers and technicians from four different European countries hastily working on the funnel of his vessel moored at the Riga Shipyard on the Baltic Sea. They were connecting a long pipe to a strange truck installed on shore. The reason for this turmoil is the choice of old and rusty Orkāns as a test-bed for the first futuristic experiment of cleaning the exhaust gas of a ship diesel engine, using a particle accelerator, with the goal of reducing the content of harmful pollutants.

Maritime traffic is the largest contributor to air pollution at planetary level – a single cruise ship emits as much particulates as one million cars. To reduce its impact on the environment, stringent regulations will be implemented in the near future. Several technologies are being explored to reduce the content of sulphur and nitrogen oxides and of particulate matter in the exhausts of maritime diesel engines.

The solution proposed by accelerator scientists consists in a hybrid technology combining irradiation by an electron beam accelerator of a few hundred kilovolts, and subsequent purification in a “wet scrubber”. The electrons induce molecular excitation, ionization and dissociation, thus breaking the larger NOx and SOx molecules, and easing their removal in a small scrubber placed after the accelerator. The scrubber washes out the polluting molecules using water.

The Institute of Nuclear Chemistry and Technology (INCT) of Warsaw (Poland) is at the origin of this technology, which was immediately adopted by the ARIES (Accelerator Research and Innovation for European Science and Society) Horizon 2020 Integrating Activity Project for Research Infrastructures. It is a remarkable example of how society could profit from particle accelerator technologies. A collaboration was formed within the Project, aiming at the real-scale test of the technology, profiting from the different competences of the ARIES partners and of the collaborative ecosystem created by the Project.

The Riga Technical University (Latvia) organized the experiment and secured the ship, the Institute of Nuclear Chemistry and Technology (Poland) designed and procured the scrubber and the closed water system and performed the tests, the Fraunhofer FEP of Dresden (Germany) made available a movable electron beam accelerator on truck routinely used to sterilize crops and contributed to the tests and to the integration. CERN, the European Organization for Nuclear Research, based in Geneva (Switzerland), provided support and consultancy.

The old and rusty Orkāns, built in Soviet times, turned out to be the perfect test bench. It is a small tugboat with a powerful, but old engine that could easily be made available for the duration of the tests. A long pipe, equipped with several detectors, connected the tugboat – moored at the Riga Shipyard – to the accelerator on-a-truck, where a specially built chamber allowed the treatment of the exhausts, which then  passed through the small scrubber, before being finally released into air.

The first measurements confirmed the expected reduction in pollutants. The final results will be made available only after a full analysis of the measurements done at different engine powers and operating conditions. The data collected by this experiment will be used to finalize the proposal for the next step in the progress of this technology. A dedicated project will be submitted to a Horizon 2020 call for Societal Challenges, with the goal of installing and testing a specially designed accelerator on a real cargo ship, to be made available by the Italian Grimaldi shipping company.

Toms Torims of the Riga Technical University, who supervised the test, declared, “We have to consider that this long rusty pipe actually connects two worlds, the world of shipping and the world of scientific particle accelerators. Their technologies and their languages are entirely different, but if we succeed in having them working together, we have the potential for a great advance in this technology”.

Maurizio Vretenar of CERN, coordinator of the ARIES project, added, “Technological leaps always appear at the boundary between technologies. Here, thanks to the ARIES project, we join accelerator physics, chemistry and engineering. All the conditions are there for a substantial progress towards the preservation of our environment. On top of that, we have seen people from four different European countries working together for a common goal, showing that Europeans, when united, can make great achievements”.