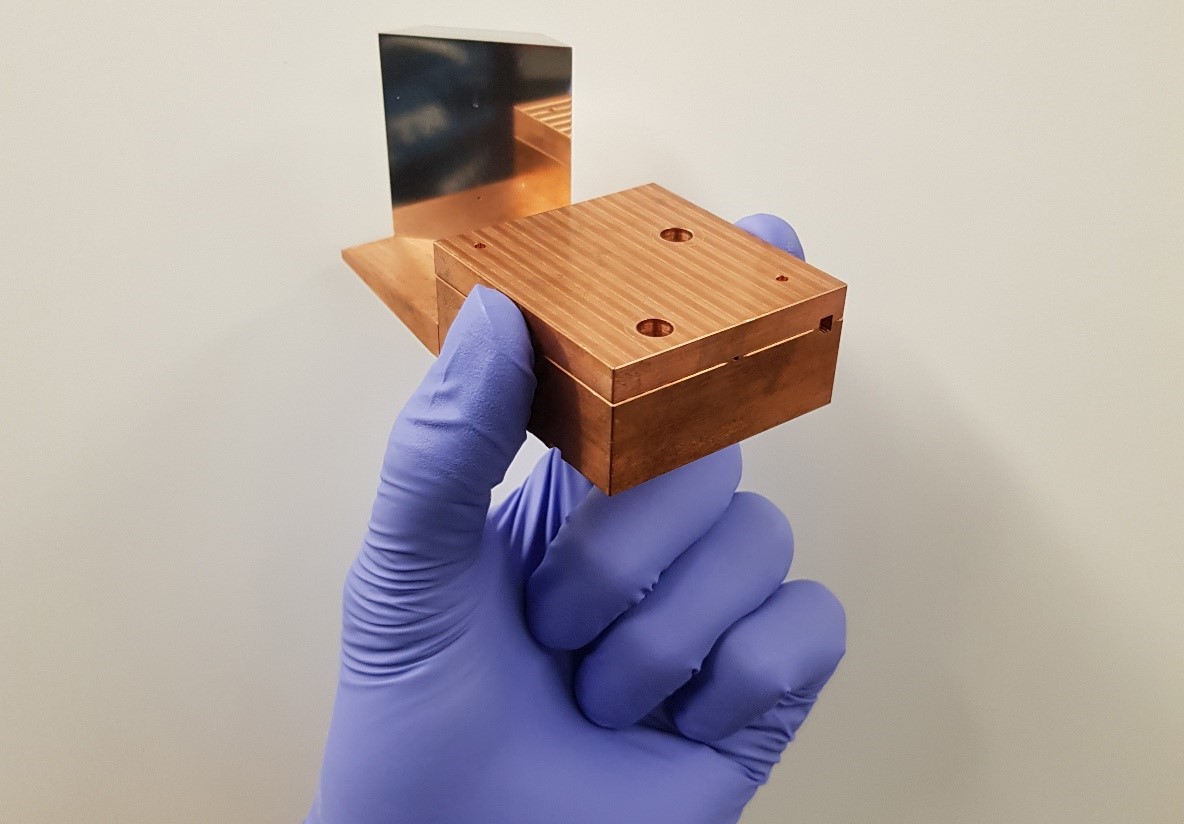 Very high frequency acceleration holds the potential to revolutionize particle accelerators in applications requiring femtosecond electron beams and synchronization, and in delivering compact accelerators through multi-GV/m accelerating gradients. In a landscape of promising techniques that includes plasma accelerators and structure wakefield acceleration, a comparative new comer is the direct powering of very high frequency structures with laser-produced terahertz electromagnetic pulses. From first demonstrations of THz-electron acceleration on sub-relativistic beams in 2015 and 2016 [1-2], in the last two years a number of groups have reported THz driven deflection and bunching of few-MeV beams [3-5]. A collaboration of researchers in the Cockcroft Institute for particle accelerator science has taken a step further to realising the potential of the THz-driven acceleration, with a demonstration of velocity matched acceleration on a 35MeV electron beam.

In experiments at the CLARA test accelerator recently reported in Nature Photonics [6], the Cockcroft researchers used rectangular dielectric-lined metallic waveguides with sub-mm dimensions, powered by a quasi-monochromatic THz pulses. To produce the THz pulses, optical pulses were manipulated to give a few picosecond periodic modulation of the optical envelope, which was then converted into a THz electromagnetic pulse through non-linear optical response in a lithium niobate crystal. The dielectric lined structure supported an electromagnetic mode with the longitudinal field necessary for acceleration and with phase velocity matched to the relativistic beams. The THz acceleration was observed through dramatic modulation in the 35MeV electron energy spectrum (Fig. 1). Through tuning of the THz source frequency, the efficiency of the interaction was observed to be resonant with the 0.4THz design frequency of the structure, falling as the frequency was tuned outside the bandwidth of the electromagnetic pulse. This resonant behavior is confirmation of the structure designed velocity matching. As the 35 MeV electron beams are fully relativistic, (β = 1 – 10-4) the same structure will function with unchanged efficiency for higher energy beams, opening the way for acceleration structure cascading in the same manner as in RF linacs. The interaction was maintained with charges up to 60pC – the highest used in the experiments – which is a significant step in confirming that beam loading effects will be manageable as the energy gain and THz pulse energy are ramped up to produce multi-100 MeV/m accelerating structures. In experiments carried out at the same time, the ability to inject into a single acceleration bucket was also demonstrated, with preferential acceleration or deceleration dependent on the injection phase.

Alongside longer-term goals of high-gradient high-quality acceleration of femtosecond electron beams to GeV levels, the THz structures have near-term potential for sub-picosecond time-resolved particle beam diagnostics. For temporal diagnostics such as deflecting cavities, the temporal resolution is determined by the temporal gradient in the acceleration; with a source frequency of 0.4THz, the peak acceleration required is reduced by more than a factor of hundred compared to an equivalent measurement powered at 3GHz. In conventional RF zero-phase techniques the temporal profile of a beam is revealed through the energy spread induced on a bunch that is injected synchronized with the point of zero acceleration. As shown in the same paper [6], a THz frequency zero-phase measurement was able to determine the time-energy phase space of the electron beam under test, utilizing both the high frequency and the multiple cycles and multiple zero-phase points that were observable within a single electron bunch.

With the particular choice of tunable THz source employed, this recent demonstration  achieved only modest accelerating gradients of a few MeV/m.  Sources capable of GV/m field strength have however been independently demonstrated, and the next step in the evolution of this THz accelerator concept will seek to incorporate such high field sources. The potential for THz driven particle diagnostics will also be explored, both with accelerating techniques and similar structures operating in a deflecting mode.

Cold diodes for the Inner Triplet circuit for...