An international team of accelerator experts have used a laser to manipulate electron bunches at PTB's Metrology Light Source so that they emitted intense light pulses having a laser-like character.

An international team has shown through a sensational experiment how diverse the possibilities for employing synchrotron light sources are. Accelerator experts from the Helmholtz-Zentrum Berlin (HZB), the German federal metrology institute Physikalisch-Technische Bundesanstalt (PTB), and Tsinghua University in Beijing have used a laser to manipulate electron bunches at PTB's Metrology Light Source so that they emitted intense light pulses having a laser-like character. Using this method, specialised synchrotron radiation sources would potentially be able to fill a gap in the arsenal of available light sources and offer a prototype for industrial applications. The work was published on 24 February 2021 in the leading scientific publication Nature. 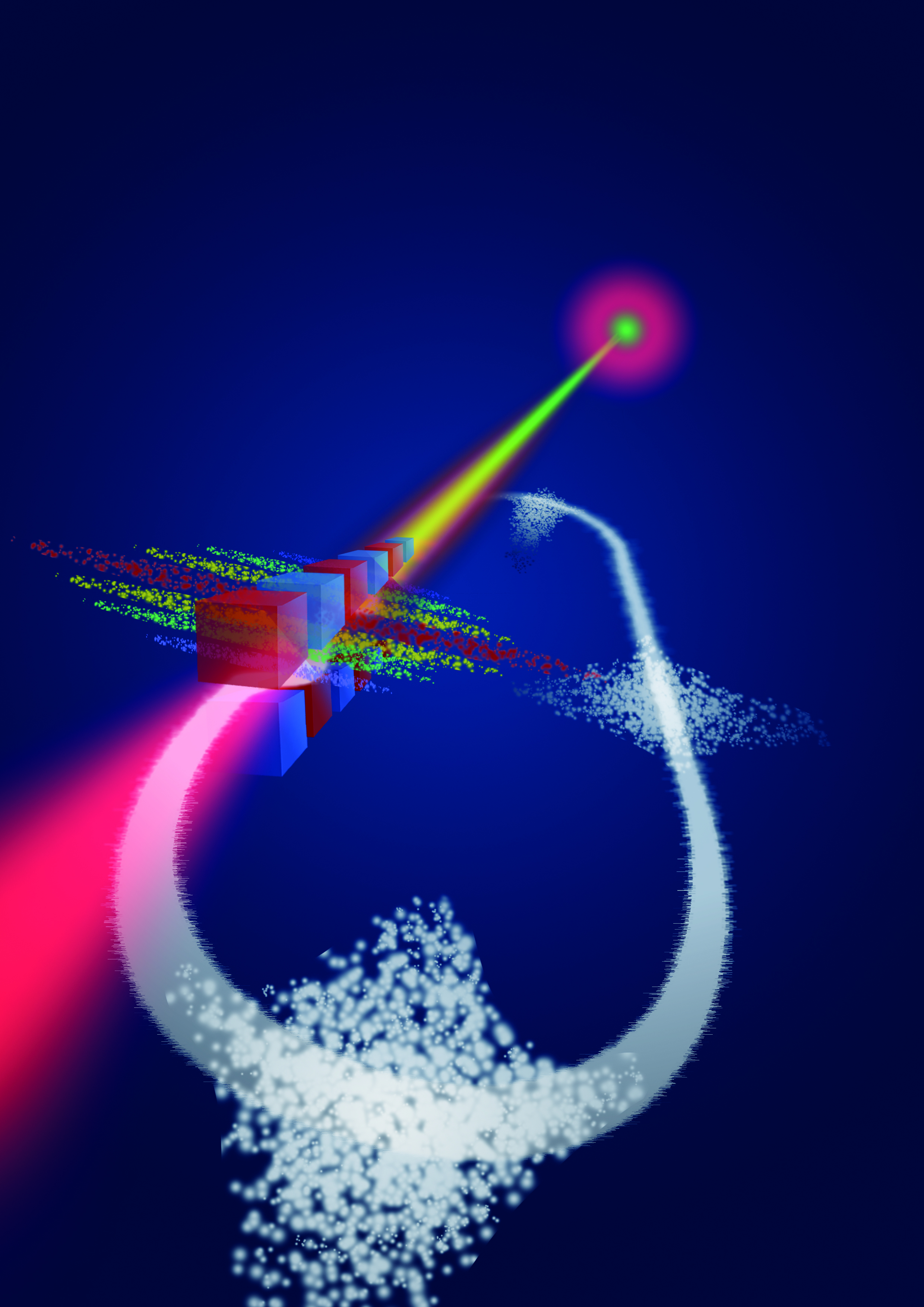 The most modern light sources for research are based on particle accelerators. These are large facilities in which electrons are accelerated to almost the speed of light, and then emit light pulses of a special character. In storage-ring-based synchrotron radiation sources, the electron bunches travel in the ring for billions of revolutions, then generate a rapid succession of very bright light pulses in the deflecting magnets. In contrast, the electron bunches in free-electron lasers (FELs) are accelerated linearly and then emit a single super-bright flash of laser-like light. Storage ring sources as well as FEL sources have facilitated advances in many fields in recent years, from deep insights into biological and medical questions to materials research, technology development, and quantum physics.

Combining the virtues of both systems

Now a Sino-German team has shown that a pattern of pulses can be generated in a synchrotron radiation source that combines the advantages of both systems. The synchrotron source delivers short, intense microbunches of electrons that produce radiation pulses having a laser-like character (as with FELs), but which can also follow each other closely in sequence (as with synchrotron light sources).

From the idea to the experiment

The idea was developed about ten years ago under the catchphrase "Steady-State Microbunching" (SSMB) by leading accelerator theorist Alexander Chao and his PhD student Daniel Ratner at Stanford University. The mechanism should also make it possible for storage rings to generate light pulses not only at a high repetition rate, but also as coherent radiation like a laser. The young physicist Xiujie Deng from Tsinghua University, Beijing, took up these ideas in his doctoral work and investigated them further theoretically. Chao established contact with the accelerator physicists at HZB in 2017 who operate the Metrology Light Source (MLS) at PTB in addition to the soft X-ray source BESSY II at HZB. The MLS is the first light source in the world to be optimised by design for operation in what is known as "low alpha mode". The electron bunches can be greatly shortened in this mode. The researchers there have been constantly developing this special mode of operation for more than 10 years. “As a result of this development work, we were now able to meet the challenging physical requirements for empirically confirming the SSMB principle at the MLS”, explains Markus Ries, accelerator expert at HZB.

“The theory group within the SSMB team had defined the physical boundary conditions for achieving optimal performance of the machine during the preparatory phase. This allowed us to generate the novel machine states with the MLS and adjust them enough together with Deng until we were able to detect the pulse patterns we were looking for”, reports Jörg Feikes, accelerator physicist at HZB.

The HZB and PTB experts used an optical laser whose light wave was coupled in precise spatial and temporal synchronisation with the electron bunches in the MLS. This modulated the energies of the electrons in the bunches. “That causes the electron bunches, which are a few millimetres long, to split into microbunches (only 1 µm long) after exactly one revolution in the storage ring, and then to emit light pulses that coherently amplify each other like in a laser”, explains Jörg Feikes. “The empirical detection of the coherent radiation was anything but easy, but our PTB colleagues developed an innovative optical detection unit with which the detection was successful.”

“The highlight future SSMB sources is that they generate laser-like radiation also beyond the visible spectrum of "light", in the extreme ultraviolet (EUV) range, for example", comments Prof. Mathias Richter, head of department at PTB. And Ries emphasises: “In the final stage, an SSMB source could provide radiation of a new character. The pulses are intense, focused, and narrow-band. They combine the advantages of synchrotron light with the advantages of FEL pulses, so to speak.” Feikes adds: “This radiation is potentially suitable for industrial applications. The first light source based on SSMB specifically for application in EUV lithography is already in the planning stage near Beijing.”