FCC Week 2021: Looking at the project and the people who bring it to life

This summer, the 2021 Future Circular Collider (FCC) Week took place and attracted more than 700 participants. At the same time, the Collider Diaries follow 5 scientists and engineers who contributed to its superconducting and cryogenics technologies 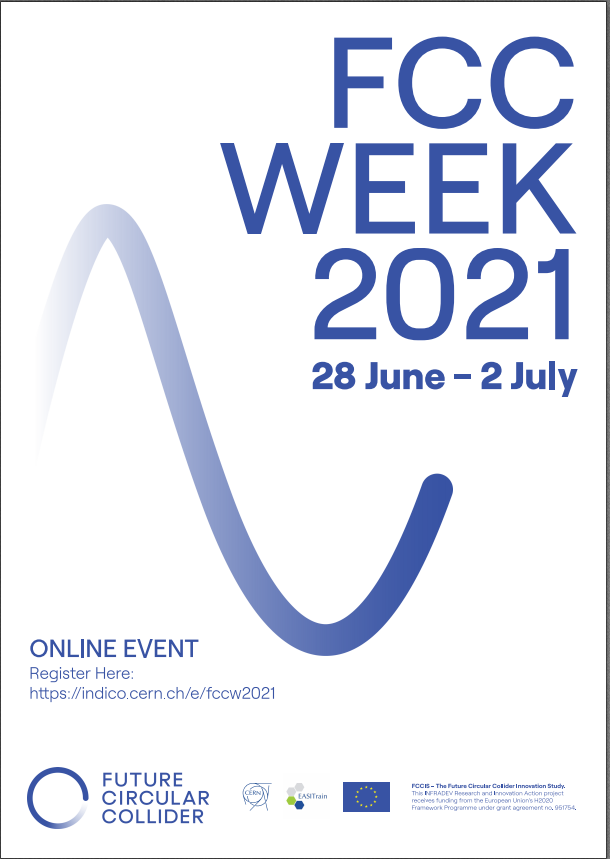 Throughout the summer of 2021, the Collider Diaries propose you to meet every two weeks on scientist or engineers behind the FCC’s superconducting and cryogenics technologies.

The 2021 Future Circular Collider (FCC) Week took place online from 28 June to 2 July, attracting more than 700 participants from all over the world to discuss the open challenges and next steps that would lead to the successful completion of the feasibility in time for the next European strategy update in 2027.

CERN’s fastest-growing FCC collaboration is solidifying an ambitious proposal to tackle the big questions at the heart of particle physics. The proposed 100 km-circumference Future Circular Collider at CERN could be the biggest scientific endeavour humanity has ever undertaken. Working on this project is the dream of countless scientists and engineers.

The size and complexity of this endeavour is what a new series of films try to capture. Collider Diaries, co-producted with TMFS, follows the lives of 5 scientists and engineers who, supported by the EU-funded H2020 MSCA EASITrain project, have contributed to the FCC endeavour working on the development of superconducting and cryogenics technologies.

The short films take a behind-the-scenes look at Dorothea, Vanessa, Maxime, Alice and Aisha, 5 of the EASITrainers, as they talk candidly and personally about science, their work for FCC and reflect on the lessons from being members of a global collaboration.

The series launched on July 12th with a new episode airing every 2 weeks throughout the summer of 2021. The Collider Diaries is brought to you by Terra Mater Factual Studios in collaboration with the Future Circular Collider Study at CERN.

So far, the following episodes have been released:

Another innovation of Collider Diaries is the fact that the videos were sustainably produced and certified under the UZ76 Green Producing criteria of the Austrian Ecolabel. The emissions for mobility have been offset via ClimatePartner and can be found here.

The EASITrain project has received funding from the European Commission’s Horizon 2020 Research and Innovation programme under Grant Agreement No 764879. CERN and the European Commission have established collaboration activities in areas such as research and e-infrastructures, international cooperation, careers and mobility of researchers, knowledge transfer and open access.