Crab cavities are critical to increase the number of interactions. After successful prototyping and testing, the US programme has entered series production. 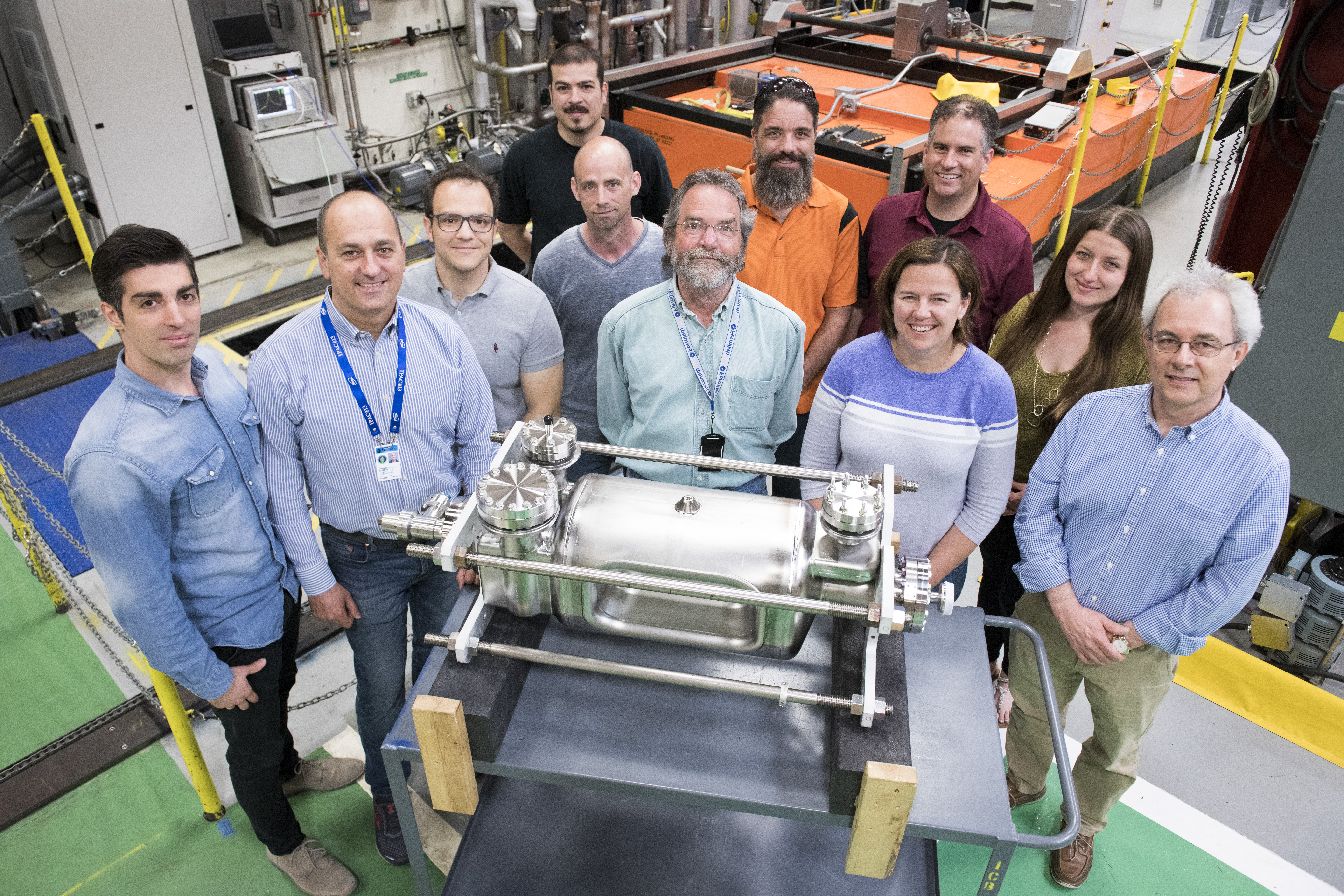 It is a well-known fact that protons circle around the LHC at almost the speed of light. It is probably less known that they do so in “bunches” – which are approximately 10 cm long. To increase the number of interactions, bunches will be manipulated to move “sideways” through the interaction regions, providing a better overlap between the two intersecting beams. This is the crabbing scheme, named after the way crabs advance sideways on a low-tide beach.

How can one imagine manipulating particles moving at nearly the speed of light with such precision? Superconducting Radio Frequency (SRF) technology can accomplish this seemingly impossible task thanks to the fast timing inherent in the technology itself. Electric fields in the crab cavities are modulated 400 million times each second, allowing to flip the direction of the electric field between the time the head and the tail of the bunches pass through.

To make a long-story short, from this nutshell idea, explored during the R&D phase in the US LHC Accelerator Research Program (US-LARP) by then-Toohig Fellow Rama Calaga (now leading the efforts within a dedicated work-package of the HL-LHC project), the application to HiLumi has developed into a mature project supported by a large number of collaborating institutions around the world to equip the ATLAS and CMS interaction points with crab cavities.  In the US, the Department of Energy (DOE) is supporting the High-Luminosity LHC Accelerator Upgrade Project (US-AUP) to coordinate the efforts and leverage the expertise of a group of US laboratories and universities (FNAL, BNL, JLAB, SLAC, ODU) to deliver to HL-LHC one of the two required crab cavity types called radiofrequency dipoles (RFD).

Earlier this year, both RFD prototype cavities built by the US exceeded the two most important functional project requirements for crab cavities: deflecting voltage and quality factor. “If you allow me an analogy, these are like the top speed and fuel efficiency in a vehicle” says Leonardo Ristori, manager for the crab cavity portion of the US contribution to the HL-LHC.

While the maximum voltage can be limited by tiny surface defects left behind by the manufacturing process, the quality factor is driven by the purity of the Niobium material utilised to construct the surfaces of a cavity, and the complex chemical and thermal surface preparations that it needs to undergo before it can perform at its best.

“Thanks to more than a decade of crab cavity research efforts funded by LARP in the US, we were able to kick off AUP by building right away prototype cavities based on the final design needed for HL-LHC” adds Leonardo. “With these two great results, the project is now springing forward into series production with more confidence while remaining vigilant of the risks ahead”.

The project has in fact transitioned officially into production after receiving funding approval by DOE in December of 2020. Efforts are now concentrating in meeting the demanding quality and safety requirements set forth by CERN to ensure tunnel installation and operational clearance for all US deliverables to the HL-LHC.

Enhancing the training of the next generation...

Innovation in the management of excavated mat...