A report from the Heavy Ion Therapy Masterclass School

The Heavy Ion Masterclass (HITM) school that took place from the 17-21 of May 2021. This full-week course was the first event of the EU co-funded HITRIplus project (Heavy Ion Therapy Research Integration). 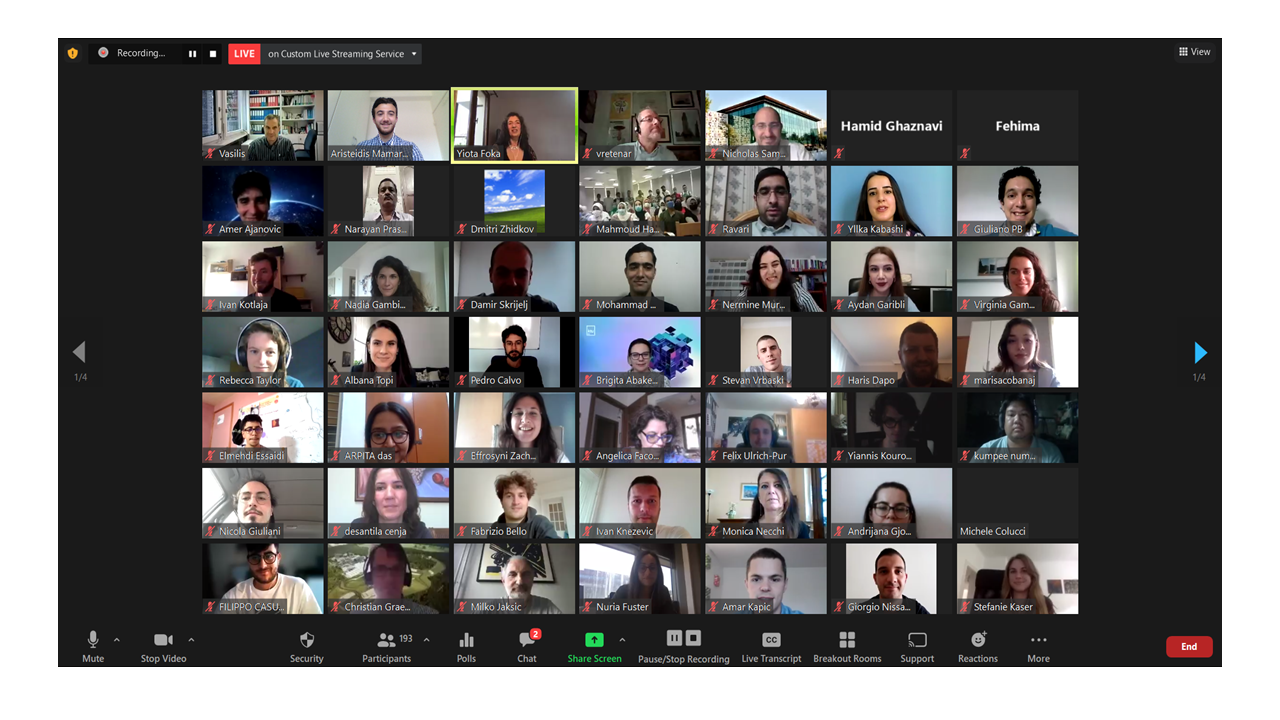 Initially planned to be hosted in the University of Sarajevo, the HITM school is part of a broader training programme of HITRIplus. Due to the global health emergency, the masterclass took place in an online format, which made it more accessible worldwide.

Over a thousand participants, from undergraduate students to practitioners, followed all or part of the programme. The unexpected and unprecedented high number of participants, as well as their feedback, show an increasing interest in heavy-ion therapy research and related training. It also demonstrates the enormous potential of the next generation, represented by the young students and early-stage researchers, in emerging fields where there is often a lack of specialised personnel. Many participants were motivated to pursue careers in the fields covered during the masterclass and to act as tutors for the younger generations at their home institutes. They will become the foundation to build and operate the future heavy-ion therapy facilities, greatly needed to fight and contain cancer all over the world.

The scientific programme was shaped to target topics in such emerging fields, consciously addressing diversity aspects, providing role models and highlighting the importance of fundamental research in developing new applications in medicine, particularly cancer diagnostics and treatment. The multidisciplinary approach of the school was greatly appreciated by the participants; the prescription of the therapeutic dose, delivering the beam to the tumour, and the biological response of cancerous and healthy tissues were some of the topics covered. While structured lectures provided the necessary panorama, specialized presentations and hands-on sessions focused on the treatment planning details and tools, based on the matRad open-source professional toolkit, developed by the DKFZ German cancer research center in Heidelberg, specifically for training and research.

A surprising addition to the school was the participation of 80-100 students from different faculties, organised by the University of Benha, Egypt, as part of their curriculum. The director of the university attended the opening session. The students followed the courses from an auditorium via a single connection and worked on the hands-on exercises in smaller groups.

The school programme was complemented by social events in the evenings with contributions from several institutes presenting a career fair. The contribution on Entrepreneurship from CERN knowledge-transfer experts, in one of several social events, triggered interesting discussions. Despite the online format, various interactive methodologies stimulated the typical exchanges in both the lectures and the social events.

The social events made a strong impression, as they provided the feel of real-life interactions while at the same time brought to participants valuable information through a career path fair where institutes such as CERN, CNAO, DKFZ, Cosylab, GSI/FAIR, MedAUSTRON and ENLIGHT presented career opportunities.

All the material is available for in depth consultation in the agenda of the school.

Promising early-stage researchers will be candidates for further support by the upcoming HITRIplus schools and internships, so that they can access existing European heavy-ion therapy centres and contribute to relevant research projects, upgrades, and future developments. Trained by prominent experts in the heavy-ion therapy field, the next-generation of experts will return to their countries with knowledge and know-how to efficiently support, in a sustainable way, cutting-edge developments.

The HITRIplus project received funds from the European Commission’s Horizon 2020 Research and Innovation programme under Grant Agreement No 101008548.