REBCO conductor tapes reached a world-record critical current at 20T, strengthening the possibilities for a demonstrator of high-level accelerator magnets. 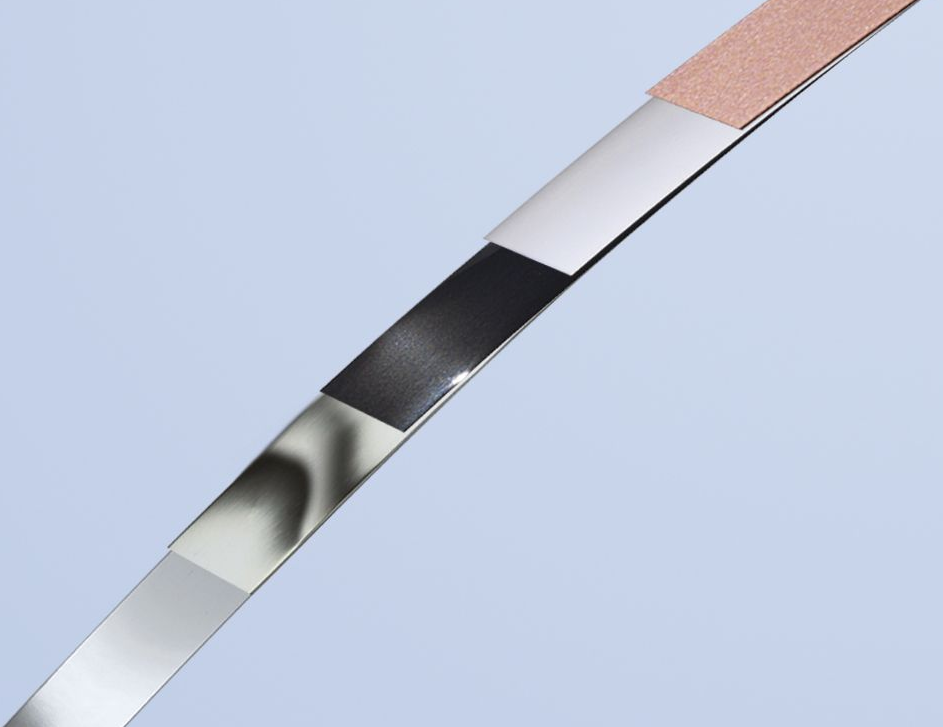 The 12 mm HTS tape manufactured by Bruker BHTS in the context of the H2020 ARIES project. (Image: Bruker/ARIES)

In the past few years, the accelerator magnet community has turned its attention to High Temperature Superconductors (HTS) in various forms. In EuCARD2, a European Commission co-funded project under Framework Programme 7, the collaborations of the Future Magnets Work Package had the main goal of developing a high-performance deposition process of REBCO (Rare Earth, usually Yttrium or Gadolinium, Barium and Copper Oxide composite) onto a stainless steel tape with 100mm of thickness. In this frame, we obtained record critical current densities, indeed exceeding our minimum target of  JEngineering = 400 A/mm2, reaching 600 A/mm2 at 4.2K and high field of 20T, conditions which describe the area of interest of high field magnets for particle accelerators and nuclear fusion. For H2020 project ARIES, the primary goal of Work Package 14 (Promoting Innovation) – Task 14.5 (HTS innovative process for accelerator magnet conductor), has been set to increase JE to 800 A/mm2 by developing the technology for a 50mm substrate of stainless steel. A second step was to industrialize the process for long lengths (over 25m) to be used as a conductor for a demonstrator of high-field magnets.

The process is not just a trivial scale up of the one used for EuCARD2. The novel properties of the stainless steel tape strongly affect the entire process, since its mechanical strength becomes comparable with the one of the other layers. In between the stainless steel and the layer of REBCO deposited via the Pulse Laser Deposition (PLD) technique, there is a layer of Yttria-stabilized Zirconia (YSZ) deposited via the Alternating Beam-Assisted Deposition (ABAD) technique. In addition, the thinner tape requires a new handling system, set up to cope with the reduced mechanical strength of the tape.

If successful, the resulting tape could be used in the next generation of magnets for accelerators, for winding magnets of an insert for a high-field dipole (18-20T); for astro-particle experiments, where a high magnetic field would enhance the momentum acceptance of new generation detectors; and in high filed magnets for research in fusion and medical field (NMR, MRI and Hadrontherapy).

The company Bruker (BHTS) in Germany was the partner in the consortium responsible for manufacturing the tape, thanks to its tooling and expertise in PLD, and its exclusive ABAD process. However, the process had to be changed and optimised for the thinner substrate.

For the new characteristics of the tape, what we observed was an intrinsic transverse bending of the tape, a bow-shape in its cross section that was traced back to a structural mismatch between the ceramic layers and the stainless steel. The rather thick ceramic YSZ layer especially, deposited at high temperature, with 2-3µm of thickness, approximately 5 to 10 times thicker than tapes resulting from the Ion Beam-Assisted Deposition (IBAD) process used by other manufacturers, was causing the bow. In addition, the PLD plume was not always perfectly perpendicular to the tape surface, causing it to lose the alignment with the texture of the tape.

To mitigate the bow, BHTS began depositing the YSZ buffer layer also on the back of the tape. The modified ABAD process is schematically illustrated in Figure 1. Other issues had to be solved, like the manipulation of long lengths with a substrate decidedly weaker and prone to fold and crinkle.

Despite all these challenges, BHTS has been able to produce the first good sample, #17703-1, with a very high critical current density. We proceeded to the extension of the tape to longer lengths with very good results (See Table 1). In certain cases, results are extremely promising, with JE nearly at 1000 A/mm2 at 20 T, a world record in spring 2019. Unfortunately, the yield is quite low: the 75m presented in the table are just 40% of the production. The remaining 250m presented a lower critical current. Meanwhile, the ARIES laboratories are busy in qualifying the resulting tapes with various cold measurements. BHTS has set up a plan to overcome these limitations, either by returning to 100µm thick stainless steel tape and improving the intrinsic PLD process, or by using Hastelloy as substrate: being stronger, Hastelloy can be manipulated at 50 µm. In both cases, the optimisation of the tapes would require an effort beyond the ARIES project.

With the support of the ARIES project, BHTS produced long lengths of record critical current and the consortium gained much experience in the process of scaling up the production lengths, a necessary step for accelerator magnets in the path toward 20T dipoles.

Unfolding the full potential of a future circ...