Within the EASITrain project, thallium-based superconducting thin films for the Future Circular Collider beam screen have been fabricated. Their capability proven, a new project has been started to understanding the actual feasibility of the coating. 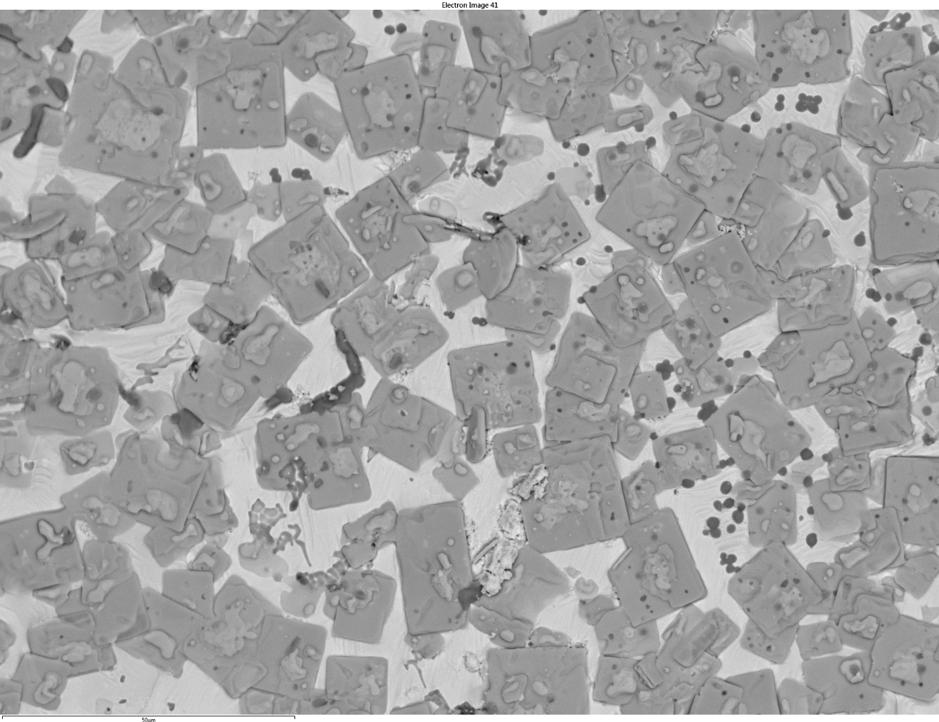 The properties of high-temperature thallium-based superconductors are being studied in view of a possible coating for the beam shield of the Future Circle Collider (FCC-hh). Research for a future energy-frontier collider (FCC-hh) focuses on achieving centre-of-mass energy of 100 TeV by colliding proton beams, guided by 16 T superconducting magnets, to open new doors in particle physics research. The stability of colliding beams is one of the key parameters for a clean operation in the accelerator. According to theoretical estimations, the surface resistance of copper that is currently used in the LHC may not be low enough to cope with the instabilities in the envisaged temperature range (40-60 K) of the FCC-hh. Therefore, high-temperature superconducting coatings have been proposed as alternative low-resistance materials to tackle this challenge.

In order to explore a possible coating for the beam shield of the Future Circle Collider (FCC-hh), thallium-based superconducting bulk samples and coating samples have been fabricated and analysed at CNR-SPIN, who participates in the EASITrain project. In the thallium superconducting system, phase Tl-1223 has a high critical temperature of about 120 K and is therefore suggested for this environment. The successful recipe to synthesis pure Tl-1223 bulk samples has initially helped to realise the pure formation of Tl-1223 grains, critical temperature measurements of about 120 K, high irreversibility field line, high-frequency measurements and mapping of the trapped magnetic field.

One of the practical purposes is to treat coated thin film precursors with an already phase formed bulk sample (reacted) or calcinated bulk sample with the addition of thallium (unreacted — require final heat treatment). Side by side, the coatings were deposited on silver substrates using the electrodeposition technique due to its rapid performance, inexpensiveness, and safety. The enhancement of the superconducting coverage on the substrates and improvement to obtain preferential phase (Tl-1223) has been made on the post annealed coatings which is hardly present in the literature.

Additionally, different techniques and strategies are being implemented to improve the fabrication of Tl-1223 superconducting samples further. So far, obtained superconducting results and vacuum compatibility of the thallium-based superconductors make them a winning material for the beam screen coating of the FCC-hh. A new project, ADDENDUM FCC-GOV-CC-0217 (KE5072/TE), has been started in light of the results and improving results. This project will expand the research to understanding the actual feasibility of the coating. The main agenda includes the 90-second final annealing in an induction furnace, pulse laser deposition technique to deposit denser precursors with already formed Tl-1223 bulk target and above all, the preparation of a prototype with the help of a high-pressure furnace.

This work is part of the Marie Sklodowska-Curie Training Network EASITrain (European Advanced Superconductivity Innovation and Training), funded by the European Commission’s Horizon 2020 Research and Innovation programme under Grant Agreement No 764879, and now the project ADDENDUM FCC-GOV-CC-0217 (KE5072/TE). CERN and the European Commission have established collaboration activities in areas such as research and e-infrastructures, international cooperation, careers and mobility of researchers, knowledge transfer and open access.